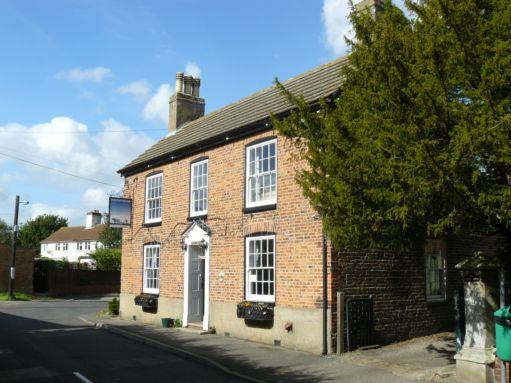 One of the focal points of the village is The Plough Inn - pictured. This is the last remaining pub in the country to be owned by a parish council. Owning the pub allows the parish council to maintain services and put on special events which can be enjoyed by members of the parish.

Some history of the Inn:

According to a quote from the Lincoln, Rutland and Stamford on 11th December 1811.

To be let and entered on at Lady Day, next March 25th, an old establishment PUBLIC HOUSE, called or known by the name or sign of “The Plough”, with 34 acres of arable and grass land, situated in HORBLING, aforesaid, and now in the occupation of Mr Francis Root. The proprietors of this estate purpose, early in the ensuing spring to erect a new house (instead of the present house, which will afterwards ne taken down) and suitable buildings for the accommodation of travellers and others, which will make the situation very desirable, as conveniences are only wanting to enable an occupier to carry on a considerable and respectable business.

Notice will be given in the paper of the time when the premises will be let, which will not be before January 1812, and persons desirous of taking the same are requested to signify such is their desire before the first of January (if by letter, the postage to be paid) to Messrs Smith and Worth, solicitors of Horbling aforesaid.

The above article clearly shows that prior to the present building being completed in 1812, there was an inn called “The Plough” which preceded it. The bill for a days work in pulling it down was £2.7.0d. This suggests that the old building may well have been built from mud and stud, as were many of the buildings at the time. Buildings such as these could have been quickly demolished if needs be. The total cost for the new building came to a total of £565.7.61/2d.

The Plough Inn is owned by Horbling Parish Council. Parish councils as we know them came about in the year 1894. Prior to this their work was conducted by a body of people known as the parish vestry, as implied by their name, they met in the church vestry.

The overseers of the poor were chosen by the parish vestry. Their office was created by an act of parliament in the reign of Queen Elisabeth 1 in 1601.

On December 11th,1700, Horbling overseers of the poor made a purchase from Queen Elizabeth. Phoebe and Marttia Jenkinson bought three quarters of a cottage and two acres of lay ground within Horbling at a cost of £22.0.0d. “To hold the same to and for the sole and only use and benefit and behof of the inhabitants for the time being of the said town of Horbling for ever.”

In February 1804, the remaining quarter of the cottage and land was in consideration of £5.0.0d, conveyed by William Groom and wife to Edward Brown and five others. “In trust for the said inhabitants of the said town of Horbling forever.”

The money required to purchase the properties no doubt came from several charitable bequests left for the benefit of the poor of the village. Why such a long time passed between purchasing both cottages has not been discovered.

Purchasing the remaining quarter of the cottage would give the overseers control of the whole property, and thus enable them, after a few years, to demolish it and rebuild “The Plough” as referred to in the Mercury notice.